Words will get written here and some videoblogs will appear. You don't have to look but it would be nice if you did.

Hallo everyone, my you look super nice today…

That’s right, I’m after something. As some of you will know I took part in the 48 Hour Film Challenge over in Jersey a few months back. Now the time has come to call in backup and get people voting for the film so we can win jubilation and slap each other on the back (oh, and win some cash as well which is always nice). The setup is teams arrived in the same place on the same day, picked a title and genre from a hat at random… and then had 48hrs in which to write, shoot, edit and finalise a short film. We picked ‘crime’ and ‘Morning Mist’. 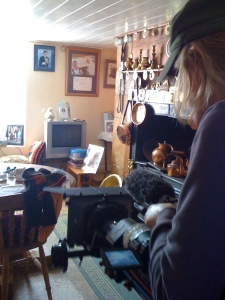 So after a little lag of delay all the films created on the Vauxhall 48 Hour Film Challenge have been put up for the mercy of viewers to vote. And this is where you come in, yes you. I’m looking at you, you’re looking at me. We’ve got this eye contact thing nailed.

All the films are over here: (click here and vote for ‘Morning Mist’) 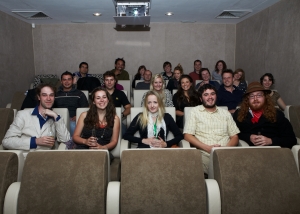 What a bunch of filmmakers...

And all the films are great but this is where I have to draw the line in this so-called free-loving atmosphere. I want you to vote for my film because I’m proud of it and hey, we made it in 48 hours. This is where you tell me that the others were too, seeing as it’s called the 48 Hour Film Challenge, but ignore that. Eyes on me, go click on the ol’ 5 stars bit on ‘Morning Mist’. And I’m sorry if you’ve already heard this spiel on Facebook or Twitter. It just means I love you a little bit more than the rest, just a little mind you. People talk.

I will love you all that little bit more than is allowed.

Thank you, love you, I’m afraid I can’t do that I’m not allowed anymore.

p.s. I forgot to mention you do have to join which only takes a few seconds but once you’re on there you can download short films for pittance and what’s more you can download them, burn them and keep them all for yourself. You do not have to pay to join. Good? Great.

p.p.s. Plus all the films will be screened as part of the London Short Film Festival (y’know, the projector with teeth?) at the Roxy in London Bridge area. If you’re around that time and want to see some films and the people behind it… why not come along. I’ll be there, hope that doesn’t dissuade you.

I have been parry to some of the other group’s behind the scene photographs so thought it only best and super that I share. First up we have the rather delectable Michael Pearce and Emma Rozanski and their film OCCUPIED and their genre COMEDY. 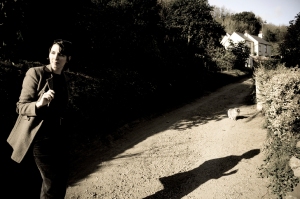 I jest, they both start the challenge.

They don't tell you that in the brochure.

Bet it was cold.

And that’s your lot. Thank you for Emma to passing them onto me so I could share. Emma’s latest visually stunning film can be seen here and Michael is forever elusive so here’s a round up of the man himself over here.